Concept:
To celebrate the opening of Kai Tak Station on 14 February 2020, the MTR Corporation commissioned this photo display illustrating some of the history of Kai Tak Airport from 1925 to 1998. The events, aircraft and people that made Kai Tak synonymous with early aviation in Hong Kong and set the foundation of Hong Kong’s thriving aviation industry of today are presented here to be enjoyed by all of our visitors.

Kai Tak Station is situated on just a small part of the historic site of the old Kai Tak Airport. The early aviation history of Kai Tak happened all around the area in which the station is now located although evidence of that important history has been rendered mostly invisible by Hong Kong’s comprehensive urban development. All of this exciting history happened within a stone’s throw of where visitors now stand within Kai Tak Station!

It is therefore most important that the contributions of Kai Tak to the growth and prosperity of Hong Kong, along with the collective memories of the people of Hong Kong should not be forgotten.

“To those who experienced it, it was magical . . .

As the memory of Kai Tak fades it will seem more improbable and unbelievable to present and future generations. Airplanes at the crossroads of the world coming and going among the buildings and city streets! It couldn’t have worked – but it did! An unrivalled place of history and achievement made possible by dedicated people and the “can do” spirit of Hong Kong. An airport unlike any other in the world – and unlike any that will ever be seen again.

Those who knew and loved Kai Tak may count themselves among the fortunate.”

FROM THE BOOK “HONG KONG HIGH” BY CLIFF DUNNAWAY PUBLISHED IN 2014.

The exhibition designer, Cliff Dunnaway, is an expert on Hong Kong aviation history and has extensive knowledge on the development of Kai Tak Airport. He has two related publications, including “Wings Over Hong Kong” published in 1998 and “Hong Kong High” published in 2014. 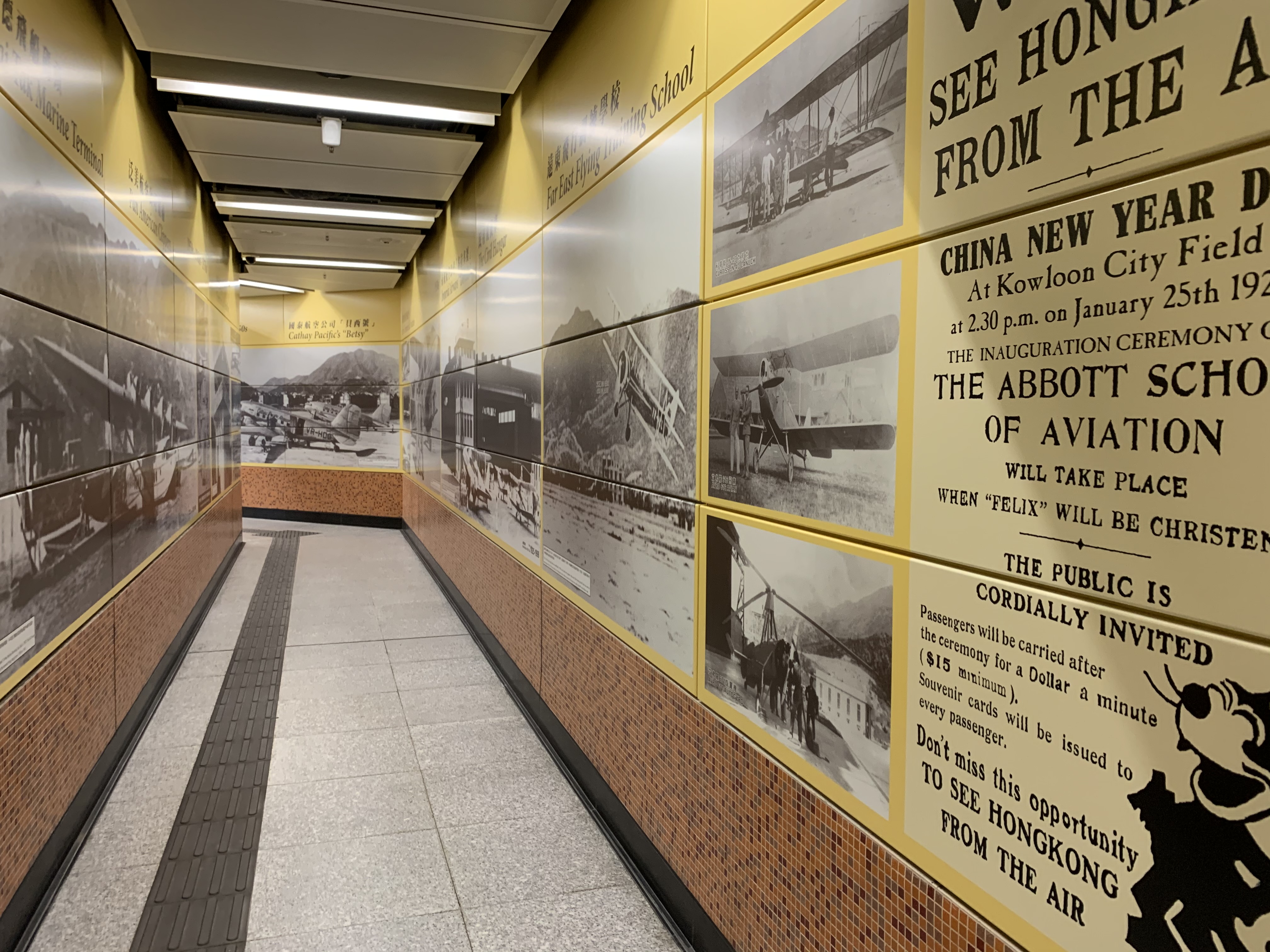