Artist's Concept:
Western District is home to a large number of historic heritage buildings, with many iconic buildings concentrated within Sai Ying Pun. During the summer of 2010, Hong Kong Youth Arts Foundation invited a group of young people to explore the area with an artist and capture images of local heritage buildings, including Sai Ying Pun Community Complex. 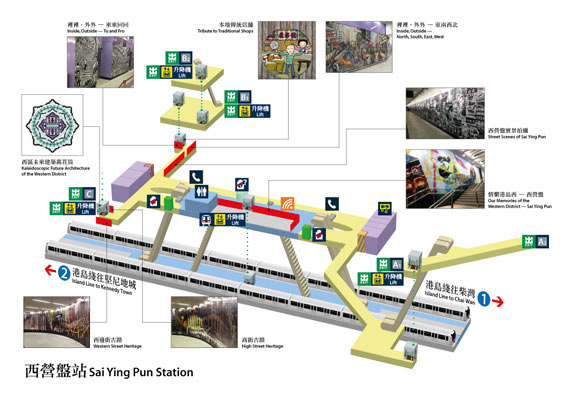