With the launch of MTR passenger service on 1 October 1979, MTR train tickets became a part of passengers' everyday lives. As part of its 35th Anniversary celebrations, the MTR Corporation is inviting passengers on a journey of a different kind - revisiting the history of MTR tickets.

The evolution of MTR tickets and the many specially designed tickets that marked important occasions for Hong Kong can be seen at "MTR Ticket Collection - 35 Years of Tickets to Ride" an "art in mtr - arttube" exhibition that opened today (3 June 2014) at MTR Central Station (Entrance/Exit J). More than 500 tickets are on display at the exhibition.

"Advances in our ticketing system over the years from the original single denomination tickets used in 1979 through to Stored Value Tickets and Octopus have progressively enhanced convenience for our passengers and helped to create the world-leading railway service that MTR passengers enjoy today. This fascinating exhibition not only encapsulates our shared journey with Hong Kong but also highlights many of the memorable commemorative tickets that have been issued over the past 35 years," said Mr Jay Walder, Chief Executive Officer of MTR Corporation.

"Passenger Tickets" are the most commonly used tickets. They include Multiple Journey Tickets, launched in June 1980, Stored Value Tickets introduced in March 1981, and the first Common Stored Value Ticket issued on 15 October 1984 which was accepted on both the MTR and the Kowloon-Canton Railway.

"Commemorative Tickets" mark special events. The first commemorative ticket was issued in 1979 to mark the opening of the MTR. Passengers were able to use the tickets to try out the new system on 30 September 1979, one day before the official opening for public service. The longest running series is the Chinese New Year commemorative ticket set which was launched in 1986.

"MTR Ticket Collection - 35 Years of Tickets to Ride" is the latest of the regular "art in mtr-arttube" exhibitions. Launched in December 2003, arttube provides a platform for aspiring artists, designers and talented individuals in the creative industries to showcase their works to the community. 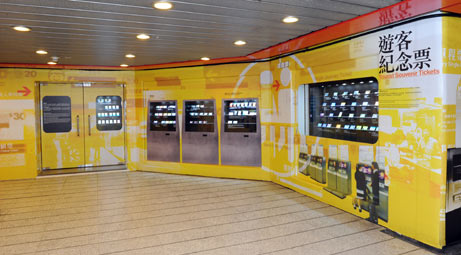 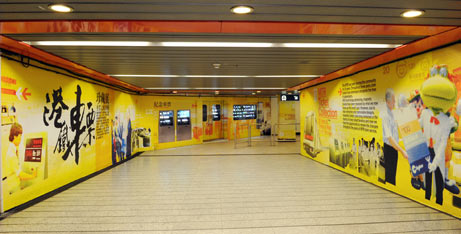