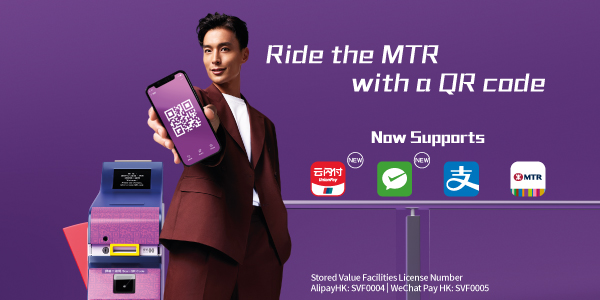 Scan and go : With the QR code, you can pass through the gates with just a scan of your mobile.
Easy payment : Pay for your rides with AlipayHK EasyGo, UnionPay App MTR Transit QR Code, Tencent Transit QR Code or MTR Mobile QR Code Ticket. The fares will be deducted directly from your e-wallet. You can check the history of your QR code travel and payment on MTR Mobile if you pay with MTR Mobile.